Pros and Cons of Legalising Drugs

There are a number of pros and cons of legalising drugs and there is no single easy answer. The legalisation of drugs is a very contentious issue and can raise strong opinions on both sides of the drug legislation debate. There is no denying that many drugs can have an extremely negative affect on both individual users and society as a whole. Addiction can be very destructive to the physical and mental well-being of the user and can lead to problematic behaviour that affects others around them. This is generally accepted by both sides. The arguments for and against legalising drugs tend to focus more on whether criminalising drug use – the ‘War on Drugs’ as it is often known – is the most effective way of dealing with the problem.

So should drugs be legalised in the UK? There are a number of pros that are frequently argued by those who say that they should. It should be borne in mind that some proponents of legalisation draw a distinction between different kinds of drugs. There is a Lib Dems legalise drugs campaign for example but this applies only to cannabis. Siobhan Benita, the Liberal Democrat candidate for the position of Mayor of London in 2021, is campaigning for the capital of UK to become the country’s first city with a legal, regulated market for cannabis. She claims that this would help to break the grip of criminal gangs and protect young people in London.

Here are some more arguments for legalising drugs in the UK and beyond:

In 2014 a number of high-profile people, including Sir Richard Branson, Sting and Michael Mansfield QC, signed a letter asking the Government to consider decriminalising cannabis. Decriminalisation is not the same as legalisation but is a major step in that direction. The drug charity Release organised the letter and said that users had a better chance of escaping or avoiding addiction if they were not “caught up in the criminal justice system”. They added that evidence from other countries that have legalised drugs supported this view.

Portugal, for example, has found that since decriminalisation both addiction and substance misuse rates have gone down. Because people with substance issues are treated rather than jailed, they also have a better chance of avoiding or overcoming addiction.

Drugs can be regulated

The composition of different substances could be more closely controlled. This may mean reducing the amount of THC – the main psychoactive component in a strain of cannabis – for example. It could also help to ensure that other drugs were not ‘cut’ with even more dangerous substances and regulate the purity of some substances, reducing the risk of overdose. Portugal has experienced far lower overdose rates, as well as AIDS cases related to addiction, since legalisation.

The Government could bring in tax revenue from a legalised drugs market. It was reported in Jun2019 that the US state of Colorado had passed $1 billion in state revenue from cannabis sales since legalising it in in 2014. The Liberal Democrats have suggested that legalising cannabis in the UK could raise £1.5 billion per year. There could also be huge savings in money and resources in not having to police the illegal drug trade to the same extent.

It could facilitate more medicinal use of drugs

Some drugs, including cannabis, have medical applications. These could potentially be explored more without political ramifications if the drugs were legal to use in other settings.

People who are criminalised by their addictions may feel they have less stake in society and may slip more easily into other problematic behaviours. Addicts will also have to deal with criminals in obtaining their drugs. Legalisation would undermine existing drug gangs and could reduce drug related violence.

While there are numerous pros there are also plenty of arguments against legalising drugs. The cons could include:

It is often argued that more people could experiment with drugs if they were legal who otherwise would not. This could be particularly damaging for people with a genetic predisposition towards addiction. Drugs could become more accessible for many people.

Andy Cook, Chief Executive of think-tank the CSJ, said: “[Decriminalisation] would open the floodgates to hundreds of thousands of new users, many of whom will be young and vulnerable, and so more prone to damaging physical and mental damage.”

The organisation estimated that legalising cannabis could lead to a million extra people trying the drug, with a resultant 100,000 more people becoming addicted. This contradicts the first point in the pros list however.

A black market could remain

If the Government taxed a legalised drugs market heavily, drug gangs could still operate. This could involve producing or smuggling the substances and selling to consumers at lower prices, or selling stronger versions.

Drug tourism could become a problem

Unless other countries followed suit, the UK or other countries that decriminalised or legalised drugs could attract drug tourists. This could actually be beneficial in purely economic terms but could also being problematic behaviour.

It sends the wrong message

Those in support of prohibition and criminalisation often argue that legalising drugs would send the wrong message, suggesting that it is more socially acceptable to use drugs. It can also give the impression that taking drugs is safe, even though there is plenty of evidence suggesting that this is not the case.

There are a number of pros and cons of legalising drugs and there is no single easy answer. To muddy the waters still further, there is a moral or ideological argument for some while others prefer to go with evidence and statistics. Drug legislation in the UK can also be a heavily politicised issue and the debate will no doubt continue with people on both sides pointing out the pros and cons of legalising drugs in the UK.

“If you are an occasional user of cannabis, it might be in your blood for only 24 hours. People who tend to smoke more regularly, will have the drug in their blood for a longer time”

Find out more in our blog How Long Does Cannabis Stay In Your System?

At Ocean Recovery, we are extremely proud of our state-of-the-art facility. We provide residents with the most relaxing stay possible and they can enjoy our modern establishment.

External Courtyard and Outside Seating Area

Images of Our Facilities 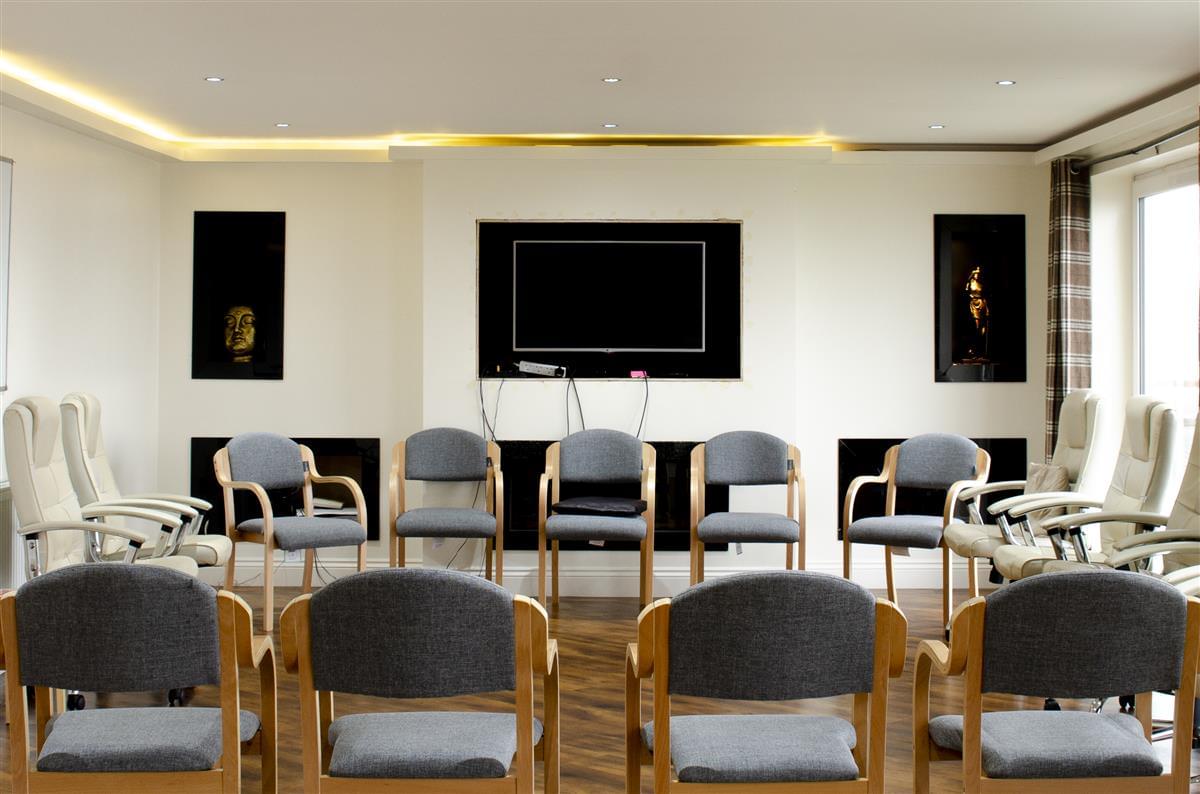 See More of Our Facilities