Clinically Reviewed on June 28, 2022 by Dr Alexander Lapa (Psychiatrist). All information on this page has been reviewed and verified by a certified addiction professional.

Home What We Treat Heroin Addiction 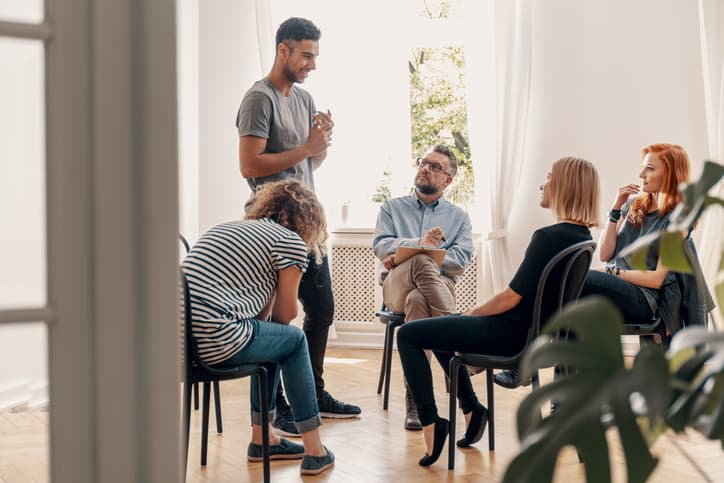 Heroin is the drug that kills the most people, not only in the United Kingdom but also worldwide. More than 1300 people died in 2019 because of heroin use.

Heroin is a very addictive drug, and it’s extremely hard to get clean. However, it is possible by undertaking a heroin addiction treatment programme.

Heroin is a drug made from morphine, which is extracted from a plant called the opium poppy, which is grown in South East and South West of Asia, Mexico and Colombia.

Opium is one of the oldest drugs in the world. At first, it was given to people who have struggled with insomnia, and to those who needed it as a painkiller.

Morphine is normally given out in hospitals as painkillers, for moderate to severe pain. Heroin is called diamorphine, as it is three times as strong as its parent morphine.

The reason it’s used as a recreational drug is the fact that it gives people a sense of euphoria. Euphoria is a sense where someone feels extremely happy and content. It is very highly addictive, as it is frequently listed as the hardest drug to recover from.

Many people begin by snorting or smoking heroin and ultimately end up injecting the drug. Injecting more and more extreme areas of the body as the veins begin to decay.

How Heroin Will Ruin Your Quality Of Life

Heroin is dangerous.  Heroin addiction increases the chances of you contracting a serious disease. Often, HIV is contracted from sharing needles with others or because it lowers your inhibitions you are more likely to engage in unprotected sex.

In the short term, heroin will cause some changes in your body. First-time users will feel nauseous, and even experienced users will throw up at times. Long term, you’ll lose weight at an alarming rate, and your appearance will be completely different.

If heroin does not kill you, it will ruin your quality of life because heroin floods the brain binding to receptors that control pain, pleasure, heart rate, breathing and sleeping.

There are also many unpleasant long-term side effects:

However, getting rid of your heroin addiction will not be easy. You’ll have to live with some severe withdrawal symptoms.

Heroin addiction withdrawal can be intense.  Many heroin addicts who want to start drug rehab, are discouraged when they see the list of withdrawal symptoms. Heroin Rehab is hard work, and you may feel pain, but it is worth it to get your life back on track. Knowing what will happen and knowing the side effects will help you get ready for the task ahead.

There are withdrawal symptoms that are unpleasant but not severe:

But there are some more extreme withdrawal symptoms, one of the main issues you’ll go through, is extreme muscle aches and pains.

The Heroin ‘super flu’ is another famed withdrawal symptom.  The symptoms you get are very similar to the flu, but worse;

The withdrawal symptoms stated above, are serious. That is why it is extremely important, that you do your heroin rehab in a controlled environment, where there are professionals to guide you through your struggles.

At Ocean Recovery Centre we can help you recover from your addiction. Heroin addiction treatment is a gradual process, which will work out in a few steps.

Heroin detox means cleansing your body from the substance. Withdrawal symptoms will follow the detox once the heroin is out of your system. Heroin has a short half-life.

That means that the duration of the effects of the drug is fairly short, and it will be out of your system in a few hours. In comparison with cannabis for instance, which has a half-life of a full month.

A very important step on the road to recovery from heroin addiction is the post-detox. This stage is aimed towards changing your behaviour and way of thinking, so you will not have the urge to start doing heroin again.

Many drug and alcohol rehab centres will use rehabilitation techniques like Cognitive Behavioural Therapy (CBT). This is a therapeutic treatment with the aim to improve your awareness of your triggers.

Triggers are specific things or situations, that will start your craving for heroin. For example, you might have had a stressful day and you feel like injecting yourself will make you feel much better. That thought process can be stopped with the help of CBT.

Along with social activities, quiz and film nights and family visits. And all of these treatment options will be delivered at our state-of-the-art facilities located in extensively refurbished accommodation in Blackpool, Lancashire.

Another successful treatment method is medication. In the United Kingdom, the use of methadone is allowed to treat people with heroin addiction.

Methadone is a synthetic drug that was originally manufactured as a painkiller but has also been used as a substitute for heroin. It mimics the effects of heroin and will be gradually reduced over time.

Call Ocean Recovery Centre today to find out more.  Call us or complete the enquiry form and a member of the team will respond shortly. Find out more on the symptoms of heroin addiction.