Cocaine addiction is one of many addictions that we treat at Ocean Recovery Centre. Request a Callback

Clinically Reviewed on April 21, 2022 by Dr Alexander Lapa (Psychiatrist). All information on this page has been reviewed and verified by a certified addiction professional.

Many of us are aware that cocaine is a highly addictive and illegal drug. Quitting isn’t easy. Once you’ve faced your fears and admitted that you have a problem, you should speak to our cocaine abuse team. We’ll give you all the advice you need on the next stage of your recovery: cocaine detox.

Similar to addiction to heroin and alcohol, addiction to cocaine causes chemical changes in the brain. Therefore treatment for cocaine addiction must include a thorough programme of detoxification and subsequent behavioural therapies in order to be successful.

To remove cocaine abuse from your life completely, you must first face the challenging cocaine detox phase. Many addicts delay battling their addiction because they know how hard a drug detox can be.

When patients are undergoing a cocaine detox, they’re likely to suffer from many physical and mental side effects. It’s important that when you attempt to go ‘cold turkey’, you do so at one of our world-class treatment centres.

This way you’ll have all of the medical supervision you need and won’t be putting yourself in danger. You’ll also have the best chance of finally overcoming your addiction with our supervision.

The battle ahead is a demanding one, but it’s one that you can win. Our team at Ocean Recovery have years of experience in helping patients through the supervised detox phase. When you arrive at our addiction centre you’ll be given time to settle into your new luxurious surroundings.

You’ll spend time with doctors and nurses who will explain the full detox process to you. When you’re ready, you’ll face the detox with our helping hand, and come clean with no drugs in your system, ready to begin your rehabilitation. Let’s have a look at what’s involved in a cocaine detox.

There are serious long-term and short-term effects of cocaine addiction. Extended cocaine abuse can damage blood vessels and create unhealthy blood pressure. At its worst, cocaine addiction can cause a dangerous overdose and even organ failure.

Strokes and heart attacks are rare, but they are certainly possible. All the while, the cravings for cocaine are extremely strong. It’s important that if you’re suffering from cocaine addiction that you seek professional help as soon as possible.

Cocaine is classed as a stimulant and is produced from the raw leaves of the cocoa plant. Cocaine has a number of ‘street names’ such as ‘candy’, ‘Charlie’ and ‘snort’. Cocaine is either snorted or injected.

Cocaine releases ‘dopamine’ in the brain and blocks dopamine re-uptake. Therefore more cocaine is required to avoid intense feels of depression and anxiety due to a lack of dopamine. Users ‘crash’ when cocaine is withdrawn. Cocaine user feels highly lethargic up to several days after cocaine was consumed.

Once you are admitted into our rehabilitation centre you receive a 24-hour a day medically supervised detoxification programme. Cocaine-related withdrawal symptoms are closely monitored by our medical team.

This is the final stage of cocaine detox and the longest part of the recovery. It can last many months and is when most patients will relapse and turn back to substance abuse. There are fewer side effects at this stage of the recovery such as:

All of these symptoms will occur because of the harmful effect that cocaine has on the body and the mind. Specifically, it creates a chemical imbalance in the brain. Your brain recognises when any substance makes it feel good and will continue to crave that substance.

Once your condition stabilises during detoxification you join therapy and counselling sessions. Sessions ensure psychological components of addiction are tackled. Therapy sessions are conducted on a one-to-one basis with our psychologist or in small groups.

Once your cocaine rehabilitation programme concludes a comprehensive aftercare and relapse prevention plan will be drawn up. We encourage clients to work within their community.

We maintain a close working relationship with Narcotics Anonymous and Cocaine Anonymous groups throughout the UK.  Aftercare is free for an entire 18 months following rehabilitation. 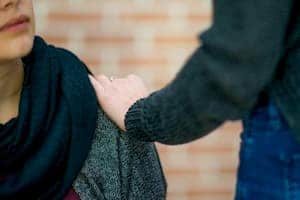 Once you’ve completed your detox, you’ll take part in group therapy sessions and workshops. We make sure that you have an increased appetite as part of a balanced and healthy diet, as there are often physical symptoms of cocaine abuse.

You’ll exercise regularly, benefit from holistic treatments, take part in behavioural therapies and learn from former addicts in friendly support groups. You’ll leave our rehab clinic with all the tools you need to leave your addiction behind. For many patients, it’s a second chance that they never thought they would get.

Choosing the right rehab treatment provider can be a life-changing decision; here are some of the most common questions we are asked pre-admission.

Is it dangerous when withdrawing from Cocaine?

There are dangerous associated from withdrawing from any drug, however these dangers are very rarely life threatening.  When carrying out a cocaine detox at a professional treatment centre, symptoms that associate with the withdrawal of cocaine such as chills and tremors can be managed to make you more comfortable.