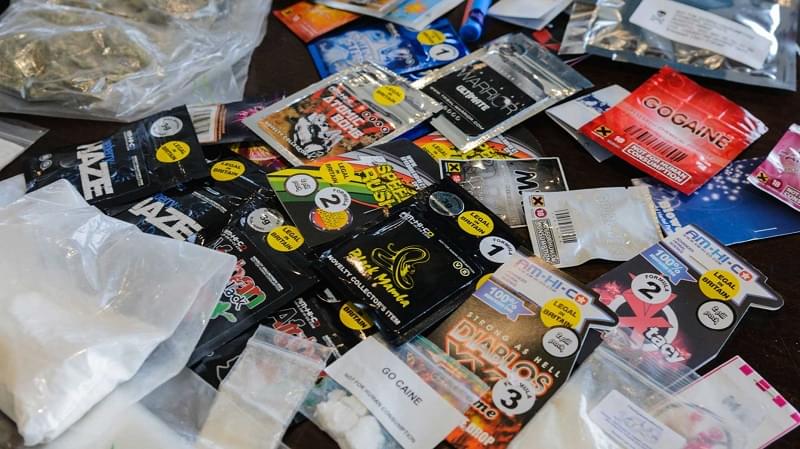 Last week a blanket ban on ‘legal highs’ was proposed in the Queen’s Speech. Those who ignore the ban risk a prison sentence up to a maximum of seven years. Some have deemed the legislation ‘reactionary’ and ‘draconian’.

The proposed legislation marks a turning point in Government policy towards legal highs. Previously the Government favoured banning ‘legal highs’ one at a time. This approach is likened to playing a game of ‘cat and mouse’ with the chemists who create these drugs. The current legislation is therefore much heavier handed than previous efforts.

The bill bans “any substance intended for human consumption that is capable of producing a psychoactive effect”.

Other legal highs have been designed to mimic cocaine, speed, ecstasy and even heroin. Legal highs are officially known as ‘new psychoactive substances’ (NPS). Changes at the molecular level mean these drugs escape penalties under the Misuse of Drugs Act 1971.

The majority of legal highs are manufactured in large factories in countries such as India and China. The drugs are then exported all over the globe.

Many of these drugs are prohibited from being sold ‘for human consumption’. Legal high peddlers often market their offerings as ‘bath salts’ or even ‘plant food’ in order to stay on the right side of the law. A message saying ‘not fit for human use’ is included on packaging.

Even nitrous oxide, or ‘laughing gas’ is to be ban under the proposed legislation.

Some have criticised this legislation since it is thought police forces throughout the United Kingdom may struggle to enforce the ban. For instance no testing method currently exists to determine whether a substance is covered under the proposed legislation.

Other commentators fear the legislation will merely drive trade for legal highs underground.

The Republic of Ireland banned legal highs in 2010.

In 2013 exactly 173 deaths have been linked to legal highs (source: Office of National Statistics). However only 29 deaths occurred where legal highs were the sole drug consumed by the user.

Legal highs are undoubtedly dangerous. Many legal highs contain illegal substances, so the name ‘legal high’ is somewhat of a misnomer. Legal highs have not been tested for human use and so their health implications are not fully understood.

Users of legal highs have experienced a range of unwanted side-effects including rashes, seizures, cardiac arrest, brain damage and death. Legal highs are particularly lethal if mixed with other drugs, namely alcohol. Mixing legal highs with alcohol can cause the user to experience a fit. This fit could lead to brain damage or even death.

In 2009 only 10 deaths occurred as a result of legal high consumption. This figure rose to 68 in 2012 (source: National Programme on Substance Abuse Deaths).

We hope you enjoyed this blog post. At Ocean Recovery we offer a comprehensive legal high rehab programme. Click here to contact our admissions to team if you wish to learn more about this programme.