When you are addicted to drugs, alcohol or certain behaviours such as gambling, there undoubtedly exists a wide range of dangers to your physical and mental health. Drug and alcohol users are often concerned with the risk of overdose, and often overlook psychological-fuelled risks such as suicide. To correct this, we outline the dangers of underestimating the risk of suicide for those of us who have developed an addiction. We subsequently argue for the need for the assessment and treatment of suicidal ideation for those of us who are suffering from an addiction.

An overview of suicide in the United Kingdom

Globally, around 1 million people die each year by way of suicide. Around 40,000 of these deaths occur in the United States. 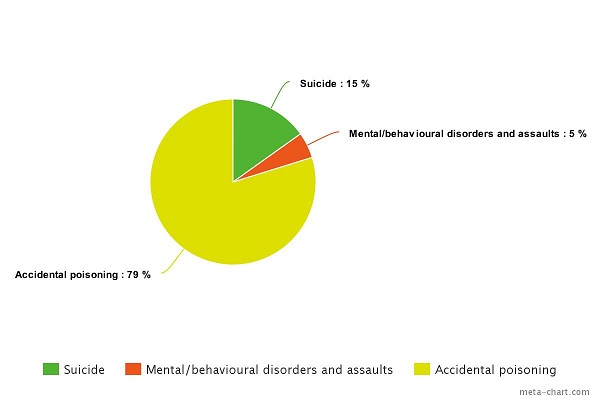 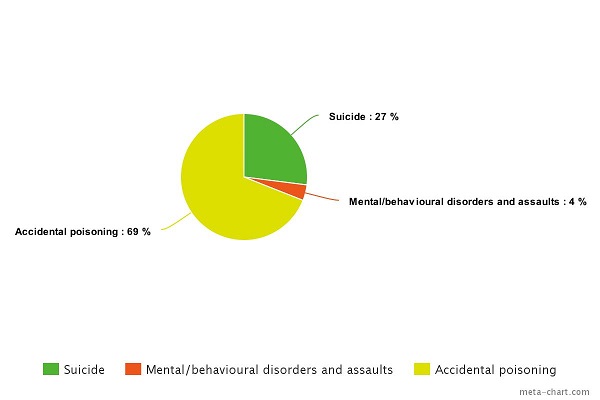 Problems that accompany addiction increasing the risk of suicide

It’s clearly no secret that addiction diminishes a person’s lifestyle and mental health. This ranges from social isolation right up to extreme traumatic events such as rape and sexual assault. Below we list a number of negative social, physical and psychological implications of addiction. Taken together, these problems help explain why suicide is prevalent for those suffering from addiction.

Here’s a list of negative factors that often accompany addiction:

Chicken or the Egg? What comes first, addiction or mental health problems?

Even those who have defeated addiction remain at a heightened risk of committing suicide when compared to the rest of the population. This is because it may take many years for the brain to restore to its pre-addiction state. Negatives symptoms experienced by former addicts are known as ‘post-acute’ withdrawal symptoms. These symptoms range from depression, anxiety and continued cravings.

However, this avoidance could result in total social isolation since this person does not know any ‘non-using’ friends. This social isolation could trigger severe depression and suicide ideation. It’s thus essential for treatment centres to ensure their clients are well integrated back into society following the completion of treatment.

Other factors that increase the risk of suicide

The evidence demonstrates that suicide is often the caused by many complex and overlapping factors, with addiction being one of the more prevalent factors. Below we list a number of additional suicide risk factors you should be aware of.

If your loved one is addicted to drugs/alcohol or certain behaviours, we urge you to be on the lookout for the signs of suicide. The most common warning sign is the person expressing a wish to ‘end it all’. This person may be open about how he or she plans to carry out the suicide. If this is the case, we urge you read the information below detailing each step you must take to try to avoid your loved one committing suicide.

Now we now list a number of suicide ‘warning signs’ you really should be aware of:

How to help someone to avoid suicide

If you follow this approach, it’s essential you adopt the role of a good listener. Ensure your empathy is apparent. During this phase, you are essentially information gathering. Once you’ve built up a good picture of your loved one’s problems, it’s now important to recruit the help of other family members and close friends. You may also reach out to adult social services or other relevant agencies for professional support.

It’s highly likely the person will require professional treatment. This treatment typically takes place on a residential basis, where the sufferer will live within a professional caring environment for around 4-12 weeks. During this time, your loved one will receive a number of therapies designed to tackle substance abuse and co-occurring mental health problems, including treatment for suicidal ideation.

Once the person has overcome his or her addiction and suicidal ideation, it’s essential you frequently check in on their progress for at least another 12 months, because suicidal ideation is known to rebound following treatment. Ensure you visit your loved one regularly, as well as making frequent telephone check-ins.

We now outline the risk factors associated with a number of addictions. This includes an addiction to alcohol, cannabis, opiates and cocaine.

Alcohol is perhaps the most well-known drug that’s associated with suicide. Alcohol addiction causes a number of negative conditions in the sufferer’s lifestyle. These conditions cause a number of mental health problems such as depress and anxiety that significantly increase the risk of suicide. Around 1/3 of people who commit suicide are acutely intoxicated with alcohol.

A recent study demonstrated a strong link between mixing cocaine/alcohol and suicidal ideation. The study examined 874 cases of attempted suicide treated at US hospitals. The data shows when alcohol is mixed with cocaine, there’s a corresponding increased risk of the user attempting suicide.

There exists a powerful link between heroin use and suicide. Heroin use depreciates every aspect of the user’s lifestyle including finances, relationships, job prospects and mental outlook. Many heroin addicts complain of experiencing feelings of ‘hopelessness’ and despair. Many of these people thus express their desire to commit suicide.

Is it illegal to fire a drug addict?

Heroin use may also cause a number of physical health problems such as HIV and hepatitis. All of these consequences of heroin use may lead to a deterioration in the user’s mental health and a corresponding increase in the risk of the user committing suicide.

Studies show heroin addicts are particularly at risk of committing suicide when attempting to detox from the drug. Detoxing from heroin results in painful withdrawal symptoms. Many people undergoing an unsupervised heroin detox may decide to commit suicide as a way to avoid these unbearable withdrawal symptoms.