What is a behavioural addiction?

Home What is a behavioural addiction? 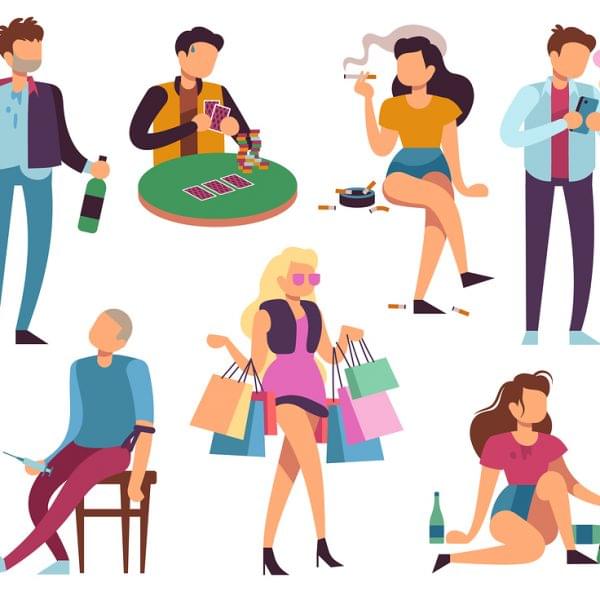 The concept of behavioural addictions has gained some traction in the scientific community over the past few years but is still somewhat controversial. For a long time, members of the psychiatry community refused to recognise these behaviours as true addictions, but many experts are now realising that many of these bear the same hallmarks as substance addictions.

Recently, the Diagnostic and Statistical Manual of Mental Disorders, Fifth Addition (DSM-5) included behaviours in the ‘addictions’ category, and gambling disorder is now officially recognised as an addiction as well.

Outside of professional psychiatry and psychology, the general public and media has begun to accept the idea of behavioural addictions, thanks to celebrities being treated for things such as shopping and sex addictions – raising the profile of these issues.

Much like substance addictions, behavioural addictions are characterised by a lack of control over performing certain actions or behaviours. Take for example, the addict feeling a compulsion to perform these actions and repeatedly over time even when it is clear that it is interfering with their lives and causing problems. This would be a situation as familiar to someone with a behavioural addiction as it would be to some one with substance abuse problems.

For many, attempting to stop behaving in this way can lead to severe side effects similar to what we know as withdrawal for substance addiction.

There are lots of different behavioural addictions, from things like compulsive hair pulling to risk-taking behaviour. Below are some of the most common addictions seen by psychiatrists.

As the only behavioural addiction officially recognised by the scientific community, a gambling addiction is also one of the most common and severe. Studies have shown that those who are addicted to gambling present with similar brain patterns to those addicted to substances, and treatment options are often the same as for drug and alcohol abuse.

Popularised by celebrities, for the most part, sex addiction is one which polarises the scientific community. It is not formally classified as an addiction but was considered for the DSM-5 under the title of ‘hypersexual behaviour disorder’. Although there aren’t any firm findings relating to sex addiction and how it shows in the brain, the symptoms of the disorder are remarkably similar to those of drug and alcohol addiction, including a total disregard for consequences and the risks involved with this kind of sexual behaviour. Sex addiction also responds well to the 12 step programme that is usually used to treat substance addiction.

One of the world’s latest addictions, owing to the relative newness of the Internet and general access to it. This addiction is still growing fast even though a large proportion of psychologists do not consider Internet addiction to be a real addiction. Research has however shown that the ‘addicted’ brain responds to the Internet in similar ways to those suffering from other recognised addictions, meaning that there is some scientific proof to back it up.

Otherwise known as binge eating, this disorder has long been lumped in with eating disorders such as anorexia and bulimia. The problem affects around 3% of people in the US alone, meaning that it is an important issue and one which requires further research. Food addiction is characterised by a compulsion to eat, eating to ease emotions and doing so alone and in secret. This type of addiction is often linked to depression, so it remains unclear whether or not it can truly be called an addiction, or if it is simply a side effect of mental illness.

The signs of behavioural addictions are much the same as the signs for any type of substance addiction. There may be fewer physical signs, which can make it harder for friends and family to find out what is going on, or even for the sufferer to realise that they are struggling with an addiction. Some of the signs include:

What can you do about your addiction?

The first step in curing any addiction is to admit to yourself that you have a problem. With behavioural addictions there are often no physical signs of what is going on so that your family and friends start to notice and question you about it. This means that you are entirely accountable for your own recovery and need to take the lead.

It can be hard to get help if your problem is not widely known or understood, and it can take time to find a medical professional who will take you seriously. This can seriously impede your options when it comes to recovery.

Getting help is critical if you want to overcome your problem, so the first thing to do is to bring someone you trust into your confidence and tell them what is happening. This will help you to continue on the right path, as it will no longer be your issue to deal with alone. You may then choose to go to a doctor, but it may be easier to contact a rehabilitation centre.

Ocean Recovery Centre is a dedicated rehab and detox centre, which is there to help you to get through any addiction. We are a no-judgement facility where you can work with trained professionals to get the help that you need and get over your addiction. You’ll be able to take part in individual, group and family sessions to help you to understand the root of the problem, as well as get help talking to your loved ones about the situation you find yourself in.

At the end of your rehab, you’ll get a personalised aftercare plan to help you to adjust to the world outside, without using your addiction as a crutch.

Whether we’re opting for a working lunch, or consuming unhealthy, convenient-like foods, as a nation, our eating habits are far…

How to Prevent Relapse

Although avoiding any form of relapse is a positive goal to aim for, unfortunately, for some, it can be an unrealistic objective. …

Dealing with a family member with an addiction issue

Addiction rates currently remain at their highest, where 1 in 11 people misuse drugs and alcohol, meaning that there’s a…