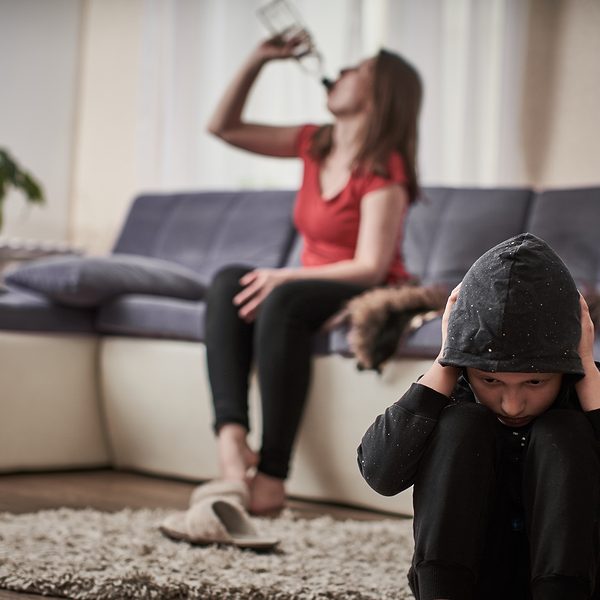 An alcoholic parent doesn’t just affect their children and partner, they can actually affect the entire family dynamic and cause ripples that affect loved ones even outside of the family home. For those that do have to cope with an alcoholic parent, whether they are an adult or a child, there are certain things that must be faced in order to make the living situation bearable.

What Are The Signs Of Alcoholism?

Before you can look into steps to take in dealing with an alcoholic parent, you need to be sure that what you are dealing with is alcoholism and not something else. Unfortunately, for the purposes of defining the disease, alcohol addiction looks different on every person that it affects, but alcoholics tend to present any number of symptoms from the following:

•Drinking more or for longer than they meant to

•Being defensive when approached about their drinking

•Letting responsibilities like jobs and family commitments fall to the wayside

However, just because these symptoms are not evident does not mean that the person in question doesn’t have a drinking problem. Many alcoholics appear from the outside to be functioning well, maintaining a career and good relationships with friends and family, but still falling into bad habits at home. For the families of alcoholic parents, there are some symptoms that only you will see that indicate a problem and these include:

•Drinking specific drinks at specific times and in specific situations, and feeling ‘panicked’ if they cannot conform to this ritual.

•Requiring family members to cover for them as a result of their addiction, calling in sick to work or lending them money.

•Missing events in favour of drinking.

When asked for their experiences of growing up with an alcoholic parent on the website Quora, these anonymous respondents came up with a range of answers.

One person talked about the toll that growing up with an alcoholic father has taken on their own lives.  “As a child of an alcoholic father, you are constantly asked to emotionally deny what you physically see. You grow up plagued with self-doubt, which leads to cripplingly low self-esteem. In the home of an alcoholic, on the outside, everything is fine but you secretly dying inside.”

Another person spoke at length about the abuse suffered not only by themselves as a child, but by the whole family, due to their father’s alcoholism. “There was a period of a couple years during my early childhood in which Dad was both verbally and physically abusive. He never hit any of his kids, but he did abuse my mom, and even threatened her at gunpoint once while I watched and begged him through tears to put the pistol away. In those years Dad was severely paranoid that his wife did not really love him, that she was going to cheat on him and leave him for another man, taking his children with her. He believed that everyone knew about this except for him, that secrets were being kept from him even by his youngest children. These fears had no basis in reality; his marriage to Mom was his second, and his first marriage had been to a mentally unstable and abusive alcoholic.”

One Quora user described the very basis of many children of alcoholic parents’ ongoing neuroses, even once they are out of the situation, that are concerned with the fact that a child is never the most important person to the family members that they are supposed to trust the most. “At the very least, you grow up with the belief that you are not the most important thing in your father’s life- and this will have direct implications on your life in ways you will never predict.

He may never say that you are not the most important thing, he may even tell you that you are. He may make sure you are clothed, schooled, and fed very well. He may tell you he loves you many times in his life and believe it. But an alcoholic’s first love is never anything other than alcohol. That’s the truth. And it’s one that will live and grow within you even if you are not conscious of it.”

Advice For Children And Young People With Alcoholic Parents

For children and young people, living with an alcoholic parent is a struggle that most people couldn’t even imagine. Often children feel that they are forced into the role of caregiver with their parent, as well as for any younger siblings, which affects their wellbeing and ability to focus on other important things, such as school.

If you are a child living with an alcoholic parent, the most important thing for you to remember is that you and your siblings are in no way at fault for your parent’s drinking. Even if you feel that you are, and even if your parent says so when they are drunk. Alcoholism is an illness just as real as any other.

It is important that you reach out and get support for your parent and family, so that you aren’t trying to deal with this on your own. It doesn’t have to be a professional person that you speak to, like a teacher or a doctor, just speak to someone you trust and let them know what is going on at home. They can then do what is necessary to get your parent the help that they need.

Advice For Adults With Alcoholic Parents

It is all too easy for the adult children of alcoholic parents to try to ignore the problem, feeling as though because they are grown up and no longer live in the family home that they don’t have the right to feel disturbed by it. However, not only do you have the right to be upset, you are also perfectly placed in the position to get your parent the help that they need with their addiction.

Speak with other family members, friends and loved ones to see if they are willing to work with you to get your parent into rehab. You could hold an intervention in which you all confront your parent and ask them to go to their GP or rehab, or you can speak with a rehab centre and get advice on how to admit them.

Ocean Recovery Centre offers a residential rehabilitation programme that will help your loved one to get sober and healthy, whilst focusing on any deeper emotional issues that need healing, both within them and within your family as a whole. We can also give advice and help you to prepare to speak to your parent about their addiction. Call 01253 847 553, or text HELP to 83222 to find out more.

Alcoholism In The Workplace

Whilst alcohol abuse is thought of as a social issue due to today’s normalised drinking culture, certain jobs and industries seemingly have a big…

How To Help Those Closest Suffering With A Drug Addi...

If you think that a friend or family member is suffering from a drug addiction, then it is natural that…

An initiative founded by the UK charity Alcohol Concern, Dry January offers British people the opportunity to give up alcohol…