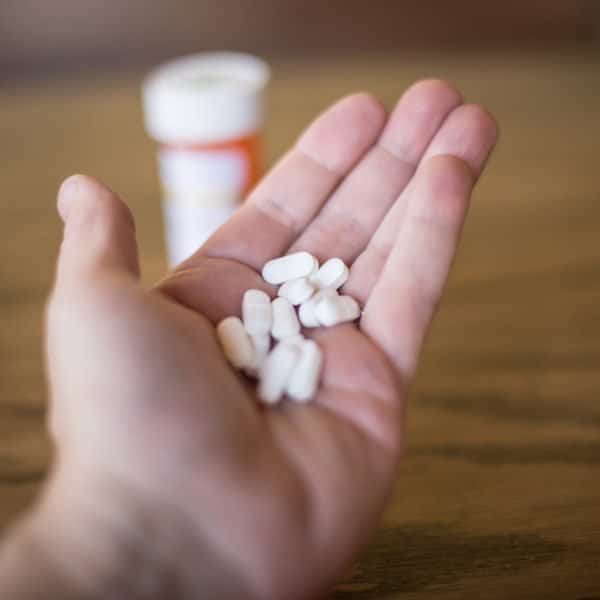 With the United States in the midst of a serious opioid crisis, that claimed 47,600 lives in 2017 alone, the UK needs to start looking at our own attitudes to prescribing these addictive drugs.

For decades, GPs in the UK have been prescribing opiates such as tramadol, morphine and codeine routinely for patients suffering pain after surgery or accidents. In 2017, one in 11 patients in the UK were prescribed some form of opiate. For most people, these painkillers will work as they are supposed to, as a way to manage pain during recovery. For others, they are the first step towards serious addiction.

One of the things which makes prescription drugs so dangerous is that people automatically assume that they are safe, because they have been prescribed by a doctor. However, these drugs are easy to become addicted to, and can be dangerous if not taken as directed by your doctor. There may also be serious consequences if they are taken as prescribed, but over a longer period of time than necessary.

Why Do People Abuse Prescription Drugs?

As mentioned previously, one of the risks with prescription drugs is that people are lulled into a false sense of security as they have been given the drugs by a doctor. Opioids are prescribed to people suffering from pain because they are excellent painkillers. The problem is that these drugs also stimulate the areas of the brain associated with pleasure and reward.

When the pleasure centre of the brain is stimulated by certain substances, it is triggered to release chemicals that flood the body with pleasurable feelings. The first few times you take these substances this will be the result, alongside any lessening of pain and so on.

However, over time the brain adapts to the presence of these chemicals and, although the pain may cease, the pleasurable feeling that you are used to isn’t as strong, so you might feel that the medication isn’t working as effectively. This is where people start to increase their dose to replicate the feelings that they are used to, leading to a gradual slide into abuse.

Which Painkillers Are Addictive?

All opiates are addictive, but the most common ones that are prescribed by GPs and cause addiction are:

What Are The Risks Of Painkiller Addiction?

With the opioid crisis in America having been a serious concern for a lot longer than that of the UK, most of the studies that we have into the effects of painkiller addiction are from across the pond.

According to a physician study of Medicare claims in Pennsylvania and New Jersey, those struggling with a reliance on opioids experienced:

• A higher risk of heart attacks and strokes

• Four times as many fractures

• 68% higher risk of being hospitalised for drug-related issues

• 87% greater risk of dying during the study

This study provides an excellent snapshot into the dangers of prescription drug abuse. Whilst addiction is the fear with these drugs, the simple fact is that consistently filling your body with substances that are not meant to be there will cause harm over time.

The longer you take a drug and the more you rely on it, the higher the risk of you developing a physical and psychological dependence on it. Physical dependence leads to withdrawal symptoms if you do try to cut back or stop taking the medication, and a need to consistently up your dose just to feel the effects.

For people at this stage of addiction, they tend to find that they become utterly preoccupied with sourcing and taking the drug. It is also at this stage that doctors will no longer prescribe the drug to you in the amounts that you require, meaning that most addicts are forced to find street dealers to feed their addiction.

As with any addiction, it is hard to continue a normal life once addiction has taken hold, and sufferers will often lose jobs, ostracise family and friends and start to let responsibilities fall by the wayside.

Whilst the consequences of drug addiction are wide-ranging and change from person to person, depending on the severity of their addiction and the support system they have around them from the start, they are likely to include any or all of the following:

• Losing jobs/dropping out of education

For those already suffering from an addiction, one of the things that can make it so hard to think about quitting is the fear of withdrawal.

Withdrawal is a process that occurs once a person is physically reliant on a substance and is a range of symptoms that occur when the person cuts back or stops taking the substance altogether. Withdrawal is unpleasant, and can also be dangerous, so it is critical that those suffering from addiction do not attempt to detox on their own.

Some of the most common symptoms suffered by those with a prescription drug addiction are:

• Nausea and loss of appetite

Because of the damage that the body suffers from addiction, as well as these severe physical symptoms, it is frequently suggested that those trying to kick the habit go into a residential rehabilitation centre.

The Ocean Recovery Centre is a luxurious and comfortable rehab centre which offers dedicated detox, therapy and aftercare for patients dealing with a range of different addictions. Detox is conducted under the watchful eye of medical professionals, and with medication that can ease the physical symptoms and thus some of your discomfort.

Rehab can last for up to 90 days to ensure that you get the best treatment possible, and you are able to take part in individual, group and family therapy sessions to help you to understand more about your addiction and prepare yourself for a sober life outside of the rehab centre.