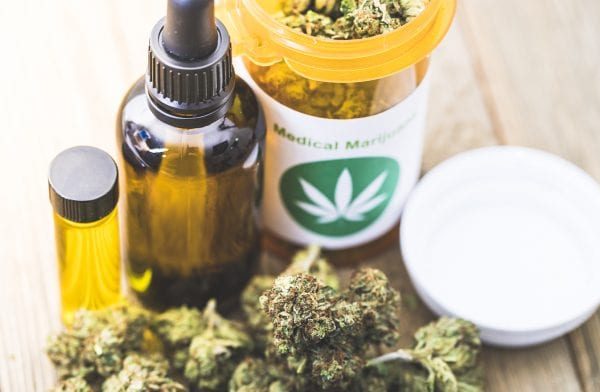 One of Britain’s top psychologists has warned that legalising marijuana in the UK could result in an explosion of psychosis sufferers.

According to Professor Sir Robin Murray, a leading authority on mental health, research has found that, in places where the drug is legalised, people tend to smoke it more frequently, and in stronger forms. These factors are proven to increase the prevalence of schizophrenia-like mental illnesses.

Speaking to the Mail on Sunday, Professor Murray, a professor at the Institute of Psychiatry at King’s College London, related growing evidence about the harm that cannabis causes to mental health. Previously an advocate for tightly controlled legalisation of cannabis, he says that his research into the outcomes of legalisation in other countries, including Portugal and the Netherlands, as well as much of North America, has led him to rethink his position.

Professor Murray worked with Australian public health expert Wayne Hall to outline these concerns in the JAMA Psychiatry Journal, saying: “In those US states that have legalised cannabis, the price has fallen and both cannabis use and dependency has increased among adults.”

The pair cited one US study which found that, after legalisation, 30% of American users were now dependent, triple the number recorded in the 1990s. The strength of the drug has also increased over time, leading to users becoming dependent more quickly. Their findings indicated that marijuana dependence carries a risk of depression and suicide and pointing out: “By far the strongest evidence concerns psychosis.

Of the 13 studies investigated in the report, 10 of these showed that users had ‘a significantly increased risk of psychosis’, whilst ‘two of the remaining three showed a trend in that direction’. The most worrying trend was in those who smoked the highest-potency cannabis, whose risk for psychosis increased ‘up to nine-fold’.

The link between cannabis and psychosis has long been recognised, with studies going back a century reporting a possible connection.

Psychosis, put simply, is a mental condition wherein the sufferer is unable to be sure what is real and what is not. They may see or hear things that are not there, and could become paranoid or delusional. A number of mental health conditions, including bipolar disorder and depression, can cause psychosis, whilst schizophrenia is essentially a form of chronic psychosis.

A report from the National Academies of Sciences, Engineering and Medicine, released in January, pinpoints evidence that cannabis use may be a risk factor for psychosis, sometimes triggering a first episode of psychosis in those where mental illness already exists.

The report indicates that the age at which an individual begins to use marijuana, as well as other factors, such as how prolonged and how heavy their use is, could affect when and how strongly symptoms of psychosis appear.

The report identified the three main hypotheses that appear in these investigations.

Cannabis directly causes schizophrenia, and would trigger psychosis in people who had no predisposition to mental illness, and would not otherwise have developed it save for being exposed to cannabis.

People who are already predisposed to schizophrenia tend to use cannabis more, as they find that it soothes the earliest signs and symptoms of the condition, which is why there appears to be such a strong link.

Those who have suffered childhood trauma that could trigger schizophrenia are also more likely to use drugs in order to medicate the effects of this trauma. Thus, psychosis and cannabis use are not linked, but are connected situationally.

Dr. Michael Birnbaum, a child and adolescent psychiatrist and director of the Early Treatment Program at Northwell Health, believes that there are many factors that lead to the development of a psychotic illness, but admits that there are strong signs that cannabis is connected. Speaking with the Child Mind Institute, he said: “Evidence suggests that pot smoking can lead to earlier onset — that it can develop it sooner than it would have otherwise,

“In addition, pot is also associated with development of illness in otherwise healthy individuals, meaning it is possible that psychosis would not have developed in that person if they had never smoked pot.”

He admits, though, that this is: “hard to prove for sure and we don’t have a specific number of joints, a specific dose of cannabis, that we know is likely going to trigger a psychotic experience.”

Cannabis As A ‘Gateway Drug’

Another way in which cannabis may link to the development of psychotic illness in later life is in the way that it can be seen as a ‘gateway drug’, leading to stronger drugs that are more strongly linked with mental health conditions.

According to a new US study, cannabis can give users a heightened sensitivity to harder drugs, such as cocaine. Studying rats, researchers found that adolescent rats that were pre-exposed to cannabis had an enhanced reaction to cocaine when exposed to it for the first time, with the previous introduction of psychoactive cannabinoids ‘priming’ the animal’s prefrontal cortex to be more responsive to other drugs.

This reaction could make the first experience of a far more dangerous drug more enjoyable for the user, leading to further use of harder drugs, of which research has proven are more likely to cause mental conditions such as psychosis.

If you are struggling with an addiction, or are concerned about your mental health as the result of using drugs, the Ocean Recovery is available to help you. We offer residential addiction treatment, therapy and advice surrounding all types of addictions, to ensure that you get on the right path before it is too late.

We are still running a full service throughout the coronavirus crisis, so don’t hesitate to get in touch as soon as possible on 01253 847 553, or by texting HELP to 83222.