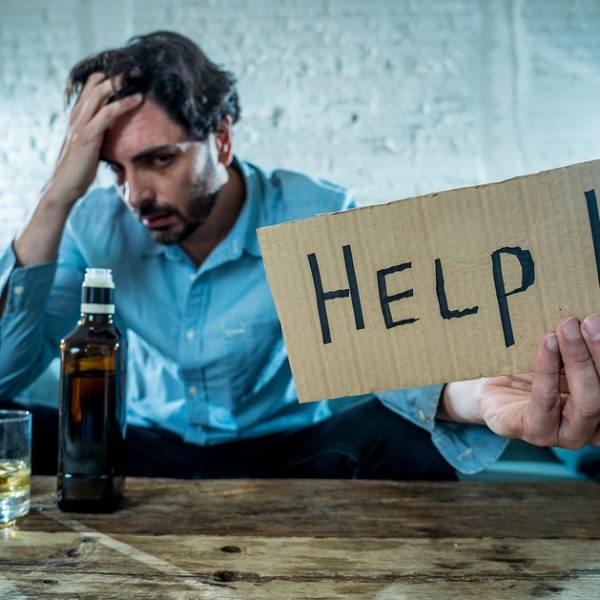 Alcoholism affects a lot of people, and the numbers are far starker than you would think. Alcoholchange.org estimates that there are around 589,101 dependent drinkers in the UK, with less than 20% in treatment for their addiction.

People tend to think about alcoholics as people whose addiction has completely taken over their lives, and who aren’t able to live a ‘normal life’ outside of their addiction. However, around 24% of all adults in England and Scotland drink more than the Chief Medical Officer’s low-risk guidelines on a regular basis, and 27% of those binge drink regularly.

This means that there is a proportion of dependent drinkers in the UK who are what is known as ‘functioning alcoholics’, wherein they are able to carry on a ‘normal’ life and keep up with their responsibilities whilst still drinking at a damaging level.

A functional alcoholic is less likely to have their problem noticed by the people around them, and their ability to drink heavily whilst still maintaining their major responsibilities makes them less likely to seek treatment for the problem.

What are the signs of an alcohol problem?

Heavy drinkers are defined as those who drink more than 14 units per week, or more than four drinks in any one drinking session. However, the more definitive signs of a drinking problem lie in the behaviours of the drinker. These may include:

Whether you are a functioning alcoholic or feel that you have slipped into full-blown alcoholism, the treatment options are still the same. You need to get professional help to deal with your addiction so that you can do so safely and without fear of relapse

For those who have a friend or family member who they fear is dealing with a drinking problem, sometimes intervention is a potential solution. You can try speaking one on one with the sufferer to see if they are willing to admit their problem and start to get help, but some people do not want to admit that there is a problem. Because of the way that alcohol affects the workings of the brain, it can also be difficult or even impossible for the alcoholic person to see their problem clearly.

What is an intervention?

An intervention is where a group of people connected to the alcoholic (friends, family, colleagues) get together in a face-to-face setting to talk to them about the problem, with the end goal being to get that person into treatment.

An intervention is a fairly strong course of action and is usually attempted only when other options have failed. It is helpful to have evidence of the harm that the alcoholic is causing to themselves and the people involved in the intervention. The intervention has a much higher chance of success if the group works with a professional and brings lots of evidence to the table, so that the alcoholic has no way to argue their way out of the situation.

It is useful to have a professional at an intervention as they can help to provide an unemotional element to proceedings. The sufferer is likely to get upset and, where they have caused harm to others, this can make for an explosive conversation. A doctor, a member of the clergy or even a mental health professional is usually the right choice here as they can provide a fair and balanced opinion.

Family members are also usually in attendance, as well as close friends and even work colleagues who are able to add their experiences and examples. However, the group should not be too large or there is a risk of overwhelming and alienating the person you are there to help. Five people is probably ideal, although you could have up to eight for more impact.

Try to avoid bringing anyone into the situation who might be too emotional and cause friction, or anyone who you see as an enabler – someone who perhaps likes to drink with this person or who doesn’t really believe that they have a problem.

What is the goal of an intervention?

The end goal of any intervention is to get the addict into rehabilitation or, at the very least, into therapy. If you can get them to admit that they have a problem then this is a good start, but without positive steps towards recovery the chances are that they will simply alienate themselves from the intervention group in the future.

Residential rehabilitation is the ideal solution after an intervention, as it offers the alcoholic a safe and alcohol-free environment in which to detox and start working on their addiction. Ocean Recovery Centre offers a luxurious and comfortable setting for rehab, with trained professionals on hand throughout the day to lead therapy sessions, oversee detoxification and help put together a recovery plan

Tips for a successful intervention

●Choose a friendly and comfortable location, but one which is still formal and neutral. Your local church, the home of a good friend and so on would be ideal.
●Create an order for the intervention, in which everyone is able to speak, and create a sort of ‘script’ so that everyone says what they want to say, but the opportunity for emotions to get the better of the group are lessened. An intervention is just as much about the loved ones of the alcoholic having the opportunity to say things that they need to as getting the alcoholic into rehab.
●Stick to warm, comforting language, but be as firm as possible. Don’t allow the sufferer to explain situations away or make you feel guilty. People with addictions are usually very adept at manipulation, and will often try various tactics to get out of the situation.
●Have a treatment facility standing by. Make sure that there is a place at a rehabilitation centre ready and waiting for them to go straight to, if they agree. You should have arranged payment for the facility and time off work etc so that the alcoholic can go straight there. This prevents them from changing their mind in the interim.

Making Cannabis Legal Would Lead To An Explosion In ...

According to recent research, alcohol consumption in the UK has surged during the Covid-19 crisis, with one study finding that…

How Smoking And Drug Use Could Increase Risks From C...

Whilst it has always been understood that being older or having underlying medical conditions could cause complications with Covid-19, simply…