Over the whole world, a large amount of people are addicted to heroin and show the symptoms of heroin addiction.

According to the latest research by the UN, more than 12 million people worldwide shoot up heroin every day and it has been an epidemic over the years. Heroin is an extremely dangerous drug, that will make you lose control over your life before you even know it.  Are you someone who recently started doing heroin? Are you worried you’ve developed an addiction? You should read this page to see if you identify with any of these symptoms of heroin addiction.

The first time using heroin, is one that could possibly kill you. Experimenting with drugs can be considered normal in young people, but in most cases, it does not involve something as strong as heroin. However, for those that do, there is a chance of 25% of showing symptoms of heroin addiction according to a study by the American National Institute on Drug Abuse.

Heroin is a popular drug due to the fact that the working substance in the drug, morphine, causes your brain to be in a heightened state of euphoria. Euphoria is a mental state where one would feel on top of the world. After trying a hit of it, many people would say it is the best feeling they have had. This is exactly what makes heroin so dangerous. For others, what happens is nausea. Many first-time users will feel sick after using heroin. Most will be turned away by it quickly. Were you one of the people who had a great feeling after using heroin? It’s a slippery slope. Many users and ex-users have reported that they have struggled intensely with addiction after only one hit. 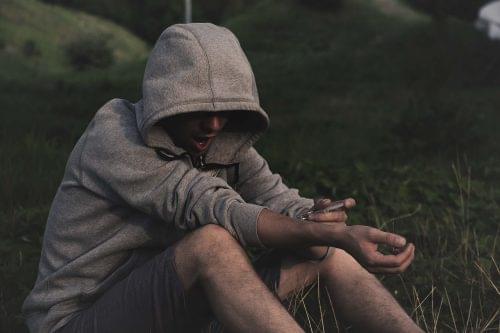 If you go back to it a second time, you probably already have started chasing the thrill. You’re seeking that same exact sensation. That is one of the first symptoms of heroin addiction. Once your body is used to the sensation of heroin, which will happen quicker than you might think, you’ll have a tough time feeling normal without it. This is the physical addiction that will be the hardest to kick.

Before you know it, the drug takes over control of your life. You will be having cravings that you cannot control, and the ramifications of these cravings will be soul destroying for people all around you. Many heroin addicts end up in a prison as they have committed a crime to get their daily fix of heroin. In the USA, nearly a fifth of all those currently incarcerated, are in prison for offences related to fuelling a drug addiction. Heroin is the most notable drug that causes crime.

How to stop this from happening

By now, you should understand, that heroin is most likely to ruin your life. There is no reason to panic … yet. There is always a way out. Hundreds of thousands addicts each year kick their heroin habit and get their life together. If you have used heroin for a brief time or for a sustained period, it’s not too late.

At Ocean Recovery Centre, we welcome you with open arms. One of the most reliable and successful rehab clinics in the United Kingdom, we can guarantee that you can get expert help in getting clean. This is how we help you.

We offer full support on your road to recovery with out heroin rehab programmes. This includes a full intake conversation over the phone where we assess your situation, and the best way we can help you recover. Once you check in, we will help you with the detoxification process. Detoxification is the process of cleaning out the toxins in your body. With heroin however, this can become a very difficult task due to heroin’s strong withdrawal symptoms.

Heroin is a drug that has been described as ‘the hardest drug to stop’. The withdrawal symptoms are vicious and painful. Withdrawal, which in regular abusers may occur as early as a few hours after the last administration, produces drug craving, restlessness, muscle and bone pain, insomnia, diarrhoea and vomiting, cold flushes with goose bumps (“cold turkey”), kicking movements (“kicking the habit”), and other symptoms.

Major withdrawal symptoms peak between 48 and 72 hours after the last dose and subside after about a week.

With the help of medication, therapy or a mix of the two, you will have a full after care package if you need it. At Ocean Recovery Centre we can help you make the most out of your life. Call us now for more information on the symptoms of heroin addiction.

Alternatively, complete the enquiry form and a member of the team will respond shortly.

Learn more about our alcohol rehab and drug rehab programmes.

Combating mental health issues, such as depression, is usually associated with lengthy counselling sessions, with cognitive behavioural therapy, with invasive…